Is Jim Parsons Gay? Things You Might Not Know

Jim Parsons is a popular American actor and producer with a huge fan following. He is best known for his role as Shelden Cooper in the CBC sitcom The Big Bang Theory. It's not wrong to say that The Big Bang Theory wouldn't have been the same without Sheldon Cooper. You must be surprised to know that Jim Parsons is not a fan of sci-fi series like Doctor Who or Star Trek, unlike the fictional Sheldon.

Similarly, there are many things that you might not know about Jim Parsons. Is Jim Parsons gay, or who is his gay partner? For many such facts, we have come up with this article. Don't forget to read this article till the end if you claim to be a true fan of Jim Parsons.

Who Is Jim Parsons’ Gay Partner?

The famous television star, Jim Parsons, is married in real life. You must be curious to know who's that lucky lady to whom Jim Parsons is married, and for that, you got to hold your horses. Jim Parsons doesn't have a wife but a husband. Yes, Jim Parsons was in a relationship with his gay partner Todd Spiewak for 15 long years before they finally tied the knot on 15 May 2017. According to Parsons, their relationship started as "an act of love, coffee in the morning, going to work, washing the clothes, taking the dogs out – a regular life, boring love."

Jim Parsons' sexuality has been the source of media speculation for quite a long time. There were many rumors that Jim Parsons is gay in real life. However, Jim Parsons never confirmed his sexuality while he was doing The Big Bang Theory. According to him, it might have affected the show. Nonetheless, his marriage with Todd Spiewak confirms Jim's gay identity. For Jim, his marriage with Todd is the "best thing that ever happened" to him.

To many, Todd Spiewak is known best as the husband of Jim Parsons. Apart from having that identity, Todd Spiewak is a successful American art director and film producer. Together, Jim and Todd started a production company called "That's Wonderful Productions". They don't only share a love relationship, but their professional goals also match. Todd Spiewak started his career by producing a documentary named First In Human and a movie called The Family Gene. However, it's with the production of The Big Bang Theory that both Jim and Todd gain utmost popularity.

The Main Thin: Is Sheldon on Big Bang Theory Gay?

Sheldon Cooper in The Big Bang Theory is none other than Jim Parsons. Sheldon is a fictional character played by Parsons in the famous CBC sitcom. It is believed that the character of Sheldon is inspired by a famous computer programmer who is a good friend of the show's co-owner, Bill Prady.

Sheldon is a theoretical physicist at Caltech who later married a neurologist Amy Farrah Fowler in the show. Unlike Jim Parsons, Sheldon is not portrayed as gay in the show. Let's look at some of the other details about Jim Parsons.

You would be surprised to know that Sheldon's real name is not Jim Parsons. Although the actor is popularly known as Jim Parsons and many people believe it to be his real name, Parsons' real name is James Joseph Parsons. Jim Parsons is the actor's birth name, and all his relatives call him Jim. However, James Joseph Parsons is his official name though only a few recognize him with this name. What's your reaction to knowing the official name of Jim Parsons? Did you know it already, or did it come as a surprise to you?

Jim Parsons is a Christian. However, as per various sources, Parsons is not a devout Christian. Although Parsons never spoke much about his religious and political views in public, the fact that he's not an orthodox Christain or a religious person is not hidden from many. For Parsons, television is the true religion that he has loved since his childhood; however, later, he realized that television is more about who fits in.

Parsons, like many other stars, is also not free from religious controversies. In 2015, Jim Parsons was criticized for his role in the Broadway play An Act of God. Parsons was seen portraying the role of God in a humorous way, which was taken as a disrespect to religion by many. His role infuriated religious conservatives who found this act offensive. But, as you all know, Parsons, acting is his first religion.

What do you think about Parsons's religious beliesfs?

Jim Parsons is gay in real life, and he is married to his boyfriend Todd Spiewak. Although many rumors floated about Jim Parsons being gay, it was not confirmed until 2012 when an article in The New York Times by Patrick Healey on Parson's role as Tommy Boatwright, a young gay activist in The Normal Heart came out. The 2012 article talks about how Jim Parsons resonates with Tommy Boatwright on several levels, including his sexuality.

Parsons also accepted that the fact that revealing his sexuality helped him become a better actor. It helped him become more confident and accepting of his sexuality. Over the years, Parsons had developed a fear for being a homosexual owing to the treatment homosexuals received around 40 years back. It wasn't a normal thing back then though the world is more accepting of the LGBTQ+ community today.

What are your thoughts on Parsons' sexuality? Are you happy with this revelation?

Jim Parsons is quite the opposite of the character of Sheldon Cooper that he played in The Big Bang Theory. Unlike Sheldon, Parsons is not a nerd or a science freak in real life. Nonetheless, he's quite passionate about acting and maintaining a healthy work-life balance. He is a four-time Emmy awards winner, which is a great feat. He is hardworking and organized, besides having a good strategic mind to think and plan things properly.

As far as Jim Parsons looks are concerned, he is quite tall and is 6 ft 1 inch tall. With that much height, he is quite underweight as he is only 66 kgs. However, his lean and cute personality is loved by many.

Are you taken aback to know Jim Parsons is gay? Jim parsons' gay personality is loved by many, and his fans support him for who he is because that's what true fans do. With his remarkable acting in The Big Bang Theory as Sheldon Cooper, Jim Parsons has won everyone's heart. His geeky personality in the show and his real-life bonding with his gay partner Todd Spiewak are things that many people still are not aware of.

If you are one of his fans who are yet to know many unknown facts about Parsons, this article is a great place to start. Feel free to share some other interesting facts about Jim Parsons if you know them. 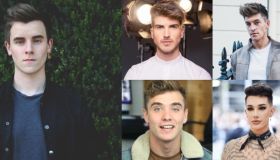 # CelebritiesIs Zac Efron Gay? Shocking Things You Never Knew About Zac Efron!
You may also like: