The Most Known Gay Singers

Ever since the rise of the internet, gay singers have had the means to spread their music online for free, instantly with the push of a button. As a result, we’ve been treated to some fantastic musical creations over the years, with some publishers going on to achieve starring roles in the music industry as a result of their posts.

From household names such as Marvin Gaye and Sam Smith to new artists such as Lil Nas X, gay singers are at the top of their game right now, dropping banger after banger for us to love, enjoy and play on repeat, creating themselves $$$ in the process. It’s a win-win, really!

Virtually all of the best gay singers now have sponsorship deals with companies such as Spotify, Apple Music, and SoundCloud, asserting their authority on the industry for years to come.

Music is created to be enjoyed with our ears rather than our eyes. So, the appearances, sexuality, relationship ideals, and genetic makeup of those performing should never be a factor. Back in the 1960s, most people used radio as a primary way of enjoying their musical tastes, so the factor of who somebody really was, was largely overlooked in favor of the way they sounded.

This led to the steady emergence of a handful of great gay musicians such as Elton John, who would stop at nothing to reach the top of the musical charts. Since then, we’ve been able to sample their work on command to get us through hard times! 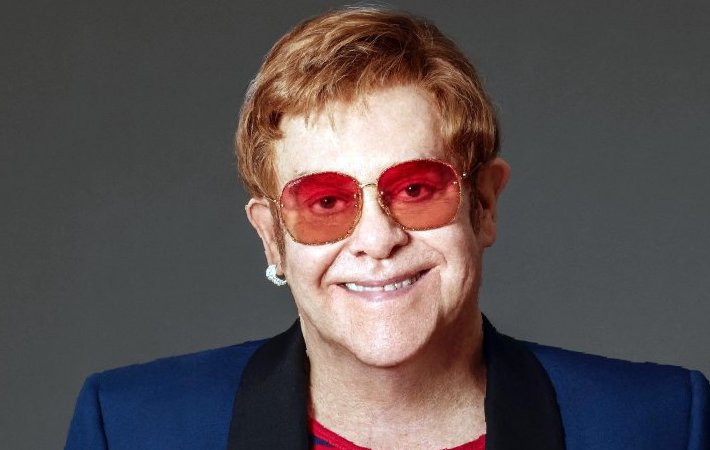 Elton John, the award-winning singer, songwriter, pianist, and composer, has sold over 300,000,000 records worldwide and has raked in north of $500,000,000 in revenue throughout his career in music. Elton was responsible for global smash hits such as “Crocodile Rock” and “Don’t Let The Sun Go Down On Me,” gaining him international fame from the 1960s onwards. Even today, Elton’s music is still enjoyed by millions of people.

Although Elton has 2 biological children, he has come out as gay since they were born. He was married to Renate Blauel, female, from 1984 – 1988. He met his now-husband, David Furnish, later in 2005, before marrying in 2014. 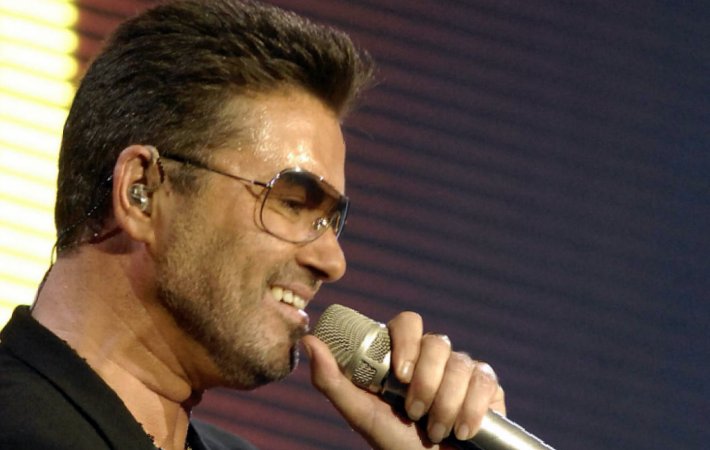 The musician turned philanthropist is one of the most well-known gay men in the music world today, having sold 115,000,000 records alone worldwide. Besides elevating him to one of the best-selling artists of all time, George influenced millions of people around the world, most of which didn’t care that he was gay.

George Michael came out as gay publicly back in 1998 after he was found guilty of engaging in a lewd act, revealing himself to a man in front of an undercover officer. It was in his next television appearance that he would announce his sexuality, with a ripple effect being observed initially with a minority of his audience, but most people assumed George was gay long before he made the public information knowledge.

The Best Gay Singer of All Time

Over the years, a significant number of prominent gay singers have become the topic of conversation when people are talking about the best singer of all time. Despite how gay men were viewed in the past, particularly 20+ years ago in America, homosexual singers still found success in the industry against the odds. Testament to this are people like Elton John, Freddie Mercury, and Ricky Martin, who all amassed huge, loyal followings of both men and women around the world, regardless of their sexuality.

This shows us that despite what people think about same-sex relationships, or the way they feel doesn’t impact the selection of music they like to indulge in.

However, when determining the best gay singer of all time, it’s hard to pick a clear winner as everyone seems to have a different answer from the 3 main players. Here are the 3 best gay singers ever, we’ll leave it to you to arrange the order. 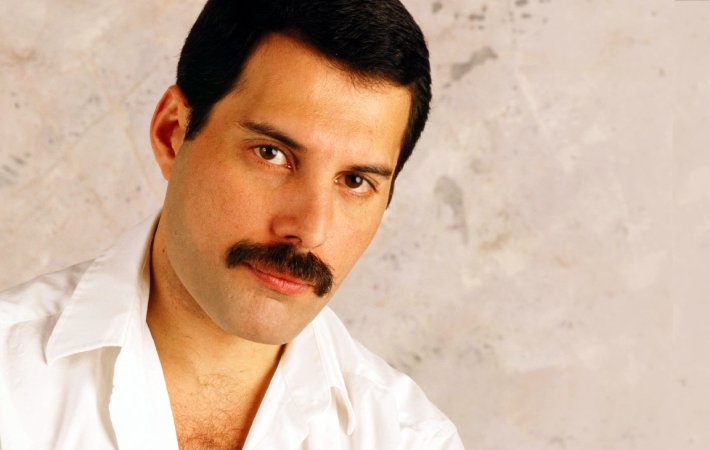 Freddie Mercury is a British songwriter of old who we all know and love for songs such as “Bohemian Rhapsody,” “Don’t Stop Me Now,” and “Another One Bites The Dust,” to name but a few.

Although Freddie didn’t classify himself as an out-and-out gay, it’s no secret that he enjoyed same-sex relationships from time to time, particularly as he went through life. Fans saw a “declaration of sexuality” on-screen during the film Bohemian Rhapsody, where he told his live-in wife he was bisexual. However, this was the only time he ever exclusively admitted his sexuality, if only for a film appearance.

During his time alive, Freddie said his “true love” was a girl from his youth, although that never stopped him from having fun with other men, showing us he was bisexual in reality, as admitted in Bohemian Rhapsody. 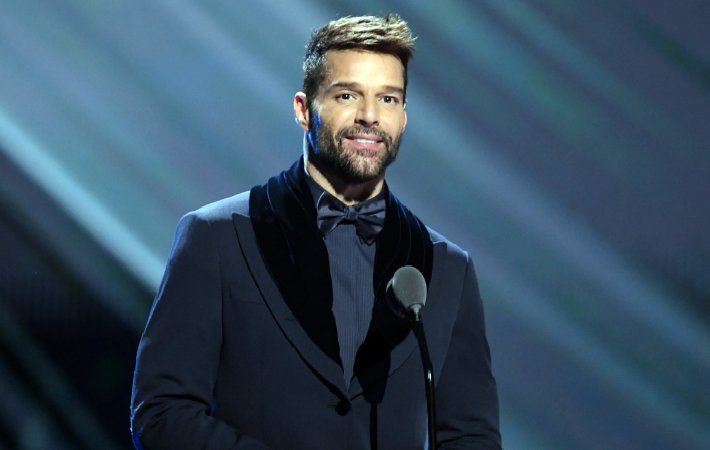 Enrique Martín Morales, more widely known as Ricky Martin, is a Spanish-Puerto Rican-American Singer who achieved eternal success during his music career and other explored areas thereafter. Referred to as the “King of Latin Pop,” Ricky Martin’s influence was great, with a widespread worldwide audience captivated by his music.

Throughout his life, Ricky always knew he wasn’t solely attracted to women, although he engaged in relationships with women throughout his young adult life. It was then he opted to switch to men but kept his preferences in gender partner to himself until 2010. In 2010, he “put his career on the line” and opened up publicly about his desire to date men.

Although pop music originated in the 1950s, its rise in popularity wasn’t observed until the 1960s with the invention of the portable radio. The largely teen fan base could then take their music with them, on the go, anywhere they were. This led to the explosion of pop music and led to older adults beginning to listen to the genre.

Gay pop singers have always been around, but these days they’re far more popular than they once were. In the past, only a small minority of pop singers were gay, and not all of these hit the limited mainstream of the past. In today’s age, gay pop artists are everywhere and can gain incredible exposure by going viral once through a post on sites such as TikTok or Snapchat. This allows anyone to gain popularity overnight, regardless of sexuality. 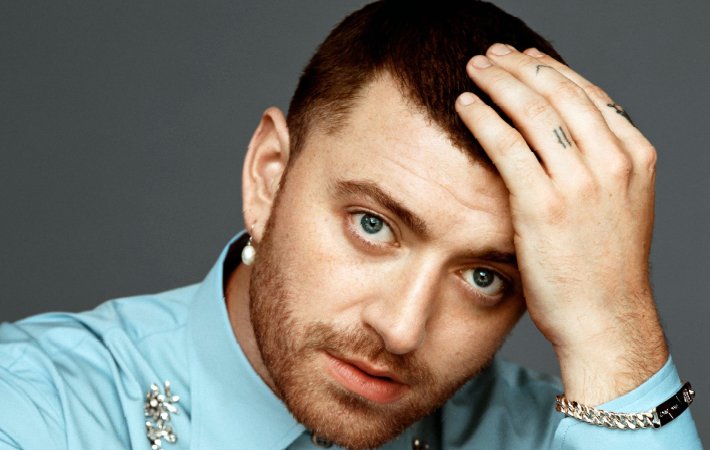 Sam Smith has become a household performer in both the UK and USA over the past 10 years. The once-in closet artist has developed some of the best songs by a gay artist we’ve ever seen, with all of his tunes featuring the same catchy beats and easy-to-learn lyrics. Sam’s music is often heartfelt, telling of personal dating experiences and past relationships. Songs such as “Stay with Me” and “Too Good at Goodbyes” are perfect examples.

In May 2014, Sam came out and said what most people were thinking, expressing that he’s gay and has been throughout his life. While it came as no shock to any of us, Sam did well to keep his personal relationships before then out of the public eye. Not many people with similar levels of fame could achieve this. 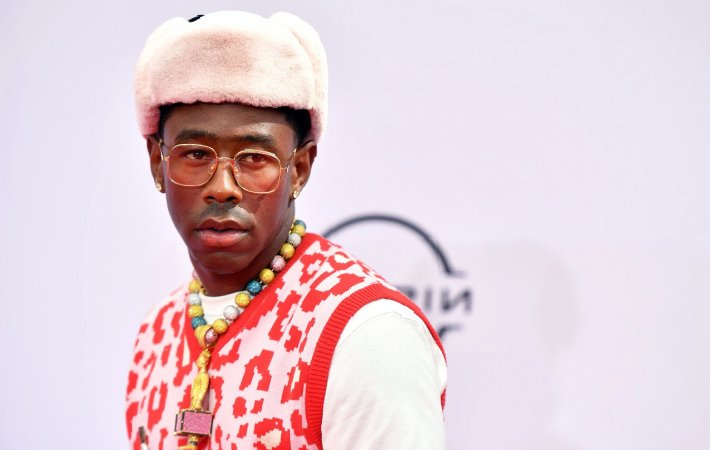 Although Tyler is known for his outspoken words and use of profanity to describe gay men, it turns out he himself is now openly bisexual. Tyler’s comment calling a gay guy a “faggot” online led to some people calling for him to be “canceled,” but he managed to survive the public revolt. Before then, Tyler often used homophobic profanity in his songs, leading him to be banned from the House of Commons by Theresa May in 2015.

Since then, Tyler has been responsible for his album “Igor,” which a large majority of fans are speculating is referring to his love for a man. However, Tyler has remained tight-lipped about his true sexuality, although he was up for nomination in the MTV Awards – Best LGBT Music Artist, maybe they know more than we do!

As pop sprung back into fashion in the early 2000s after a period out of the mainstream, people were once more focused on the world of popular musical culture, paving the way for the popstars of the 21st century and changing music as we know it, forever.

“Popstar” is a relatively new term brought to fruition by shows such as “Pop Idol” and “The X Factor.” With these types of shows being regularly broadcast to the homes of millions of impressionable young minds each weekend, youngsters began to dream of becoming a “popstar,” topping the charts one day with their own music. This led to the creation of endless superstars we see today!

In an interview published to the BBC, Olly, who makes up 100% of the Years and Years label, says he was originally advised to keep his sexuality a secret from the public. Even at 15 years old, OllieOlly knew that wasn’t what he wanted to do, instead deciding to ignore the advice and come out as gay to the wider public. In 2015, Olly released his first album “Communion,” which smashed records set as the fastest-selling UK album ever.

Coming out as gay had no effect on the performance of his album, singles, or his music career in general, neither positively nor negatively.

Are Gay Singers Subject to Abuse?

Occasionally. Like all gay men, gay singers are sometimes the subject of abuse from the wider public, especially in private situations. In environments like concerts, it’s hard for gay singers to hear the abuse, but at home, on their social media accounts, and in day-to-day life, while performing daily activities, gay singers do experience abuse from narrow-minded individuals.

Why Are Gay Singers so Popular?

Gay singers are so popular because of the way they sound and the music they create. Being popular in the music industry these days has little to do with your sexuality and all to do with what you can produce. Lil Nas X perpetrates this better than most.

No. This was a common occurrence in the past, but with things moving on, record labels realize the value of a performer comes in the work they produce, not from who they prefer dating. This made it an equal playing field, with gay and straight artists having equal opportunities.

How Many Gay Singers Have Become Famous Since 1960?

While it’s impossible to gauge an exact figure, thousands of gay singers have become famous over the years. In the last 50 years, more gay guys than ever tried their hand at music. Naturally, the more often you’re represented, the higher the chance of success.

Why Were Gay People Treated Differently?

The main reason gay people are treated differently from straight people is fear and ignorance of others. It’s often speculated that we are reluctant to accept things we feel endanger our beliefs. It seems some people just cannot accept the fact being gay is accepted.

How Can People Promote Equality Amongst Sexualities?

Promoting equality amongst sexualities is best achieved by the masses being fully accepting of each sexuality. When the large majority of people are for any argument, others begin to follow. This perfectly explains what’s happening in society today and over the last 20 years.

# MusicHow Many LGBTQ+ Rappers Do You Know in the Community?

# CelebritiesOnce and for All: Is Scott Hoying Gay?
You may also like: