Discover the Gayest Song Ever

Gay anthems are the songs in the bars that get the whole crowd dancing – whether it’s a new anthem or an old one, they are the best songs, and they don’t need to be written by a gay or LBGT icon to be a hit with the LGBT community.

The gay and LGBT community has adopted several different hits over the past 40 years – and the only rule to making a hit that is popular in the LGBT community is creating something people can dance to.

LGBT’s gayest songs ever are more than just songs you can dance to, though; sometimes they are about overcoming adversity, finding freedom, the journey to finding yourself, and ultimately finding pride in yourself and the LGBT community.

The Gayest Songs - Are Gay Anthems Songs about Gay Sex?

In the 2000’s research into the musical subculture of gay, anthems found that “I will survive” by Gloria Gaynor was considered the gayest songs ever made and the “gay anthem” – but that doesn’t mean to say it’s the best.

Alongside “I will survive,” there are several other “gay anthems” considered to be the most commonly associated with the LGBT community and the gayest music ever – these include:

Released in 1982, it’s raining men was performed by an American duo, The Weather Girls. The lyrics are famous for describing the excitement and enjoyment of many different men – resonating with both women and gay men.

Released in 1980 by one of the biggest gay icons, I’m Coming Out was written to become a hit song with the gay community after the writers saw how much the LGBT community loved Diana Ross.

Produced by the Swedish pop group Abba and released in 1976 – Dancing Queen was a worldwide hit and the only number one for the group in the USA. It is known as Abba’s most famous song and was adopted by the gay community as gay men are often known as Queens.

American disco group, The Village People, released the Y.M.C.A. in 1978 and has been popular ever since. The song has repeatedly been listed in the top ten dance songs of all time – and is a common hit in gay clubs worldwide.

However, many people in the LGBT community at Aroundmen.com can’t identify – or dislike the connection – with the “mainstream” gay anthems listed above and other gay anthems that aren’t “stereotypically gay” and requested by groups of drunk women at bachelorettes.

The LGBT community have long fought, and are still fighting, for basic human rights to love the people they are in love with – and even with the LGBT community being more accepted in the Western World, it is not the same everywhere and even here in the USA LGBT hate crimes happen every day.

For that reason, several other more meaningful and powerful gay anthems that are a great example of what could be the gayest songs ever made:

Released in 1990, Vogue dancers inspired the song at the Harlem “house ball” community.

Also released in 1990 by gay icon George Michael – the song is a hit in many gay bars.

Released in 1988, respect is a song about begging a lover to show compassion and respect.

Produced by Giorgio Moroder and Pete Bellotte, I Feel Love was released in 1977 by Donna Summer and is often considered the first gay anthem.

You Make Me Feel Real is a 1978 single by Sylvester, becoming a hugely popular dance club hit.

Released in 1989 by Madonna – perhaps the biggest gay icon globally – and Stephen Bray, the song was quickly adopted by the LGBT community.

The newest of “must-have” gay anthems is Born This Way – released in 2011 by Lady Gaga and produced as her “freedom song” the hit quickly became a huge gay anthem with Lady Gaga herself performing the song multiple times in multiple gay bars and clubs.

As you can see from the songs listed, there is a theme of freedom, pride, and acceptance (even from the song titles), suggesting why the gay and LGBT community have adopted such a range of different anthems and songs to express themselves and the community whether it’s for a quiet night in at home, in a city-wide Pride festival or at one of the world’s best night clubs.

It is impossible to choose just one gay anthem as there are so many that the LGBT have adopted all across the world. Whether you’re looking for a slow number to dance to with a new partner, a loud one to belt out on the karaoke, or something to relate to as you shower and provide a private concert – there is a different best gay anthem for every single occasion. Rather than there being a single best song, there is a list of around 25 that can all be considered the best of gay anthems.

Gay anthems are played in gay bars, gay clubs, and at gay parades such as pride – but they are also played at bachelorette parties, cruise ships, and drag acts. However, gay anthems aren’t reserved for pubs and clubs – and if you want to experience the music, you can try podcasts, digital radio stations, youtube channels, and public playlists such as those found on Spotify and Apple Music. 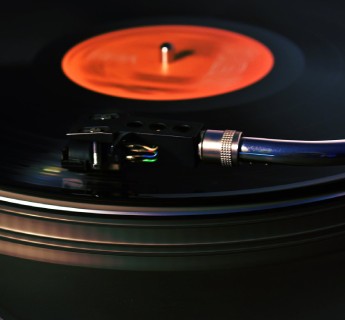 What are the Gayest Songs of All Time?

Being part of the LGBT community, whether you’re out or not, is feeling part of a community that have mostly all experienced the same patterns of adversity or exclusion within society – whether it is from family, friends, or other people in their social or work life.

Music has always been a way for people to come together – whether or not they’re part of the LGBT community or not and the start of the “gay anthems” movement created a sub-genre of music known for bringing people together all over the world.

Deciding the Gayest Music in the World – Songs About Gay Love

A gay anthem is simply a song that the gay or LGBT community has adopted – and are very rare songs that were intentionally written to be gay anthems. Gay anthems can often be heard blasting from gay bars, drag acts, and – of course – at pride festivals worldwide, but what are the world’s gayest songs?

If you want to hear the latest gayest songs of all time, you have some different options to choose from – whether you’re looking for a song to dance to, relate to, or even make love. Most Aroundmen.com people’s first experience of a true gay anthem is in a gay bar.

While gay bars have been mostly closed over the last year and a half, with the world opening back up again and bars and clubs welcoming full capacity for the first time in 18 months, there is no better time to get out and enjoy the gay circuit. Gay bars and clubs will play gat anthems all night long without pausing – giving patrons the best environment to be themselves, meet other people and mostly feel proud.

Gayest Song in the World- Conclusion

Speaking of being proud, pride is a month-long festival that happens year in and year out in various cities worldwide. In June, many different cities even host a gay pride parade, where you can hear the best gay anthems in the world and be part of a movement that helped the LGBT community grow and become increasingly accepted.

If you want to listen to gay anthems, but you’re not ready or able to go to a gay club or bar, don’t worry! There are several different gay radio stations available online, and on digital radio, you can also find a range of youtube channels and podcasts online. Spotify, iTunes, and other music apps also offer a huge range of LGBT playlists and gay-friendly anthems so you can be part of the party from the comfort of your own home, commute to work, or through your headphones as you work out.

# Video GamesLGBT in Video Games: Is Gaming Inclusive for LGBT? Aroundmen for You
You may also like:

# CartoonsIs Elsa Gay in the Frozen 2 Movie? Explore at Aroundmen.com

# TipsBe Gay Do Crime- Enjoy the Powerhouse Meme at Aroundmen.com