Where to Find Great and Interesting Gay Romance Movies?

Gay romance movies tell the story of other people based on real-life stories or imagination. It gives inspiration and ideas. A romance movie can be fun for singles and couples to watch when there are free. It can provide them with an idea of how to be romantic with their partners. Finding interesting gay romantic movies is not a problem online, but downloading through illegitimate sites can get you into difficulties or expose your device to hackers and viruses. You can stream or download/save through these platforms, but there are filled with ads that can be distractive. To enjoy your movie, you will need a legit platform to stream.

Gay romance movies are a rare movies genre. The total number of classic gay films can be counted within a few minutes because homosexuality is illegal in many countries. Even in the United States LGBTQ community is being stereotyped. So signup on these platforms to get started.

For as low as $8.99, you can stream or download any gay romantic movies available in your region, and here are ten must-be-watched ones once you get started on Netflix.

The story of a young teenager, Alike whom mother didn't accept her been friend with Laura, a full-blown lesbian, forces her to keep been friends with a church member, Bina, but her friendships with Bina quickly turn into a romantic one when they both discovered they find each other attractive.

A gay movie based on a novel by Shyam Selvadurai. It narrates a teenage boy, Arjie, falling in love with a classmate amidst Civil War tension in his hometown Sri Lanka.

The story of a gay guy named Henry Hart who returned to his childhood town to confront his unrequited love for his high school best friend.

Two friends at an all-boys athletics academy training together for a relay championship. Soon their innocent friendship goes in a more profound, but now they have to overcome all hurdles and accept the new emotions.

A Chinese man's restaurant is falling, and failing tries finding love with a blue-eyed man, Brit.

Released in 1998 and still a must-watch for gay men, it is a British drama about two schoolboys falling in love.

Discover Gay Male Movies for Not to Get Bored

A 1998 movie of a 19-year-old gay guy from mixed culture Greek and Australian. Ari struggles with his sexual identity and ethnicity, and this leads him to a 24-hour odyssey.

A married man, Jules hides his illicit affair with his brother-in-law, David. But all was revealed when David has a relationship with another man.

The way He looks

A Brazilian romantic movie based on a 2010 short film "I Don't Want to Go Back" where stars Ghilherme Lobo, Fabio Audi, and Tess Amorim replayed their roles from the Short film.

The story of a young painter falling in love with an older man while still crushing on a longtime friend has to put his life goals on the line to find love.

Amazon allows users to pay $13 and access audiobooks with Audible, watch Amazon videos, buy groceries from Whole Foods, and subscribe to Kindle Unlimited, and many more offers. They also have a student discount for $7 and a 6-month trial with a valid.Edu email address. Here are the top 7 gay romantic movies you don't want to miss on Amazon Prime

The story of four gay men facing different life struggles; this fantastic movie tells the story of a talent hunter, a sculptor, an upcoming actor, and a writer and how they struggle for a breakthrough in their field while meeting love along the way.

A movie about how wealthy men in a society used young boys for their sexual pleasure and how a young gay adult realized what the rich man wants with the young boys, and how he begins to question the self-worth of his neighbors.

The story of a young man, Elias, who struggles with his life goals and relationships and finds himself moving from one relationship to another. Elias feels stagnant and uninspired for anything until he met Wellington.

A movie about four different gay lovers who are interwoven and struggle to accept their new love story and how society is putting them into depressions by not accepting their new sexual identity.

The Falls (Testament of Love)

A continuation of the first movie, The Falls, a story about how two gay lovers in missionary school were caught together in bed and sent away and had to confront their families, but their love story doesn't age well. The story continues five years later with one gay lover, RJ, in a stable relationship with someone else. At the same time, Chris has submitted to his religious beliefs and has reformed his sexual identity. Both of them met again when their mutual friend passed away.

A German drama about a policeman torn by the responsibilities to his family and his love for another man. Marc and his girlfriend have a baby on the way, and this feeling for his fellow officer seems to be causing instability in his life.

A German story that focuses on a 24-year-old man providing care for his ill father, who, after losing his wife, didn't remarry; Jonathan noticed something was holding his father back, and he wants his father to spit the secret before he dies, but first, Jonathan has to uncover his identity.

Some gay male movies are legendary and can't be easily forgotten, they have been tested and certified, and if you are a lover of gay movies, there are gay-themed films you must watch. Here are some of the best gay films to hit the cinema

Call Me by Your Name

A movie adaption of the Andre Aciman novel about a 17 years old teenager, Elio, falling in love with his 24-year-old father's graduate assistant, Oliver. The movie is centered in 1980s Northern Italy and was released in 2017.

An Oscar awarded movie telling the story of Chiron, a young man is living in Miami with his drug-addicted mother. Chiron is struggling to break free and find his sexual identity despite relationship issues with his mother. You can stream the 2016 gay movie on Amazon and iTunes.

The Boys in the Bands

A 1970 comedy-drama gay movie that shows the struggles and joy of being a gay man in a society that frowns; Its story is based on a group of young gay guys falling in love and out in New York City.

A 2015 movie about a gay stylist meeting a Chinese man who seems homophobic at first, and they kick off their relationship with a love-hate situation.

Gay Themed Movie for Your Choice

A 2018 movie about how a sex worker, Leo, is craving love, and as he begins to fall into depression, he finds himself falling for his fellow sex worker, Ahd. Later on, Ahd broke his heart, and Leo went back to square 1 question if he would ever find love again.

Tom at the Farm

Tom suffers heavy heartbreak after the death of his lover, but he had to travel to Quebec for his burial, where he meets the mother that ignores her deceased son's sexuality. He also met Francis, who tried all his might, including physical and psychological, to keep Tom's lover's mom in the dark.

Simon is High School Senior, he is gay but terrified to come out due to his fear of discrimination in his neighborhood, and he doesn't want to disappoint his mom. But as the movie progress, Simon found his voice and the courage to step out from the closet.

It's a new era, and people are changing and becoming more acceptable. There are gay and lesbian series that have gained a lot of attention. Some of this series has been showing since 2017, but you don't want to miss them. Here are the top 3 must-watch gay series for 2021

A 1981 story of four friends that left home only to find themselves struggling with a virus that most of the world ignored. Its first episode aired on 22nd January 2021, right now, it has only 1 season, and the finale was aired on 19th February 2021. The creator Russell T. Davies has already announced that there will be no second season.

A series based on a groundbreaking movie, "Love Simon," it shows how Victor manages to find the courage to come out of the closet as gay after blackmail and other life struggles at home. The comedy-drama first aired on 17th June 2020 and already has two seasons.

This series is very educative, like the name suggested. It tells the story of Otis and other teenagers who are still struggling to find their sexual identity and find their path and goals while having relationship issues with their families. Its first episode was released on 11th January 2019.

You can stream them through Netflix, Amazon, or Hulu. These gay movies all have a wonderful story to tell as the world tries to get behind hate and stereotypes concerning one sexuality. This film is important to tell the story. During the peak of the Corona lockdown, many teenagers and young adults find the courage to come out of the closets due to series and also with the help of Tiktok and its challenges. More movies are on the way before the end of the year.

# TipsGay Travel Buddies and How to Meet Them!

# TourismGay Sex Tourism: Everything You Need to Know
You may also like:

# TourismBest Gay Cities in Europe: What Places Should You Visit? 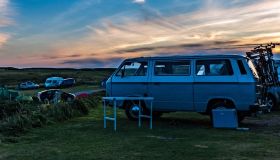