Why You Need to Watch Gay Comedies Movies

Gay comedies movies have always been a form of series relief for many people. Everybody can get a good laugh and feel happy for a while by watch comedy movies. And gay comedy movies are both romantic and funny. And they can help relieve stress after a tiring and depressing week or keep you happy and feeling the love in the air. For the closest gay, this can be a great way to find the courage to come out or for a gay couple, it will inspire them to love each other and try out activities or date ideas carried out in the movie.

As a gay rom com lover or someone who wants to watch this particular genre for any reason, you don’t want to miss the greatest gay comedy films ever created. You can stream and download them using Netflix, Amazon Prime Video, Hulu, Youtube Premium, or IMDBpro. According to Imdb.com, these are the top 15 best gay comedy movies rated by over 1000 Aroundmen.com viewers.

A 1988 movie about a famous drag queen, Arnold. Arnold lost his lover Alan when he tried to play a hero in a hate crime. After this tragic heartbreak, Arnold finds himself torn between his bisexual lover Ed, their adopted gay son David, his memories of Alan, and his unpleasable mother. The movie funnily tells the story of Arnold.

Jeffrey is a romantic and comedy movie released in 1995; it’s about a gay waiter/actor who decided to go celibate because of the fear of HIV/AIDS, but soon finds himself struggling with love.

A gay cabaret owner and his lover, a drag queen, had to pretend to be sexually straight so they can accompany their son to his Fiancée's very straight and moralistic parents.

A comedy romance movie directed by Frank Oz and released in 1997. It tells the story of a teacher who begins to question and doubt his sexuality after a one-time student remarks on him at the Academy Awards.

Two teenage boys Jamie and Ste, are going through mental and physical abuse. Jamie is constantly bullied while Ste suffers at the hands of his father and brother. Both of them became close due to their problem, but soon their friendship went in deeper, and they discover they have feelings for each other.

The story of a teenage boy that had to cope with being gay on his last day of school is a time when homosexuality was a big taboo and draws so much hate from society.

A comedy romance movie about two teenage boys falling in love in a British school but they had to keep it a secret as no one knew of their sexuality and one of them, John, has a girlfriend. It was directed based on the play What’s Wrong with Angry?

A photographer, Billy, is recreating kisses from the movie in his photo project. He hires drag queens for the female roles. One of his employees of whom he has a serious crush on, claims to straight and in a serious relationship. But the more time he spends with Gabriel, the more doubt he has about his claimed sexuality.

Gabriel is a songwriter with a big dream that had lust at first sight with hot dancer Mark in a local gay club. Both of them decided to enjoy the rest of the night at Gabriel's place, but it went romantic night to work night when Gabriel’s roommate Rich shows up with a big closet and left the couple sexually unsatisfied.

The Rules of Attraction

A freshman at Camden College by the name of Sean Bateman falls in love with Lauren, and Lauren is waiting for the return of her boyfriend, Victor Johnson from Europe. Sean soon finds himself in a messy love triangle with Lauren’s ex-boyfriend Paul Denton and a drug dealer.

A musical comedy film about a bitter director Dixon who works in a musical camp for young performers. He met Vlad, a songwriter, Ellen, and Jill; they are all talented but have complicated issues, including parental pressure and sexual identity. The Trio strives to prove its worth to their director and become closer and inspiration to Dixon. 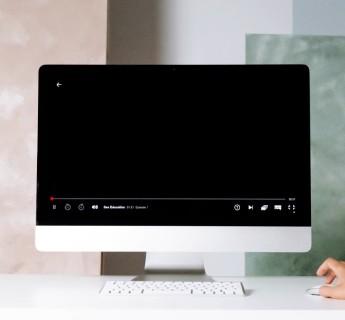 Should You Watch Gay Romantic Comedies?

Every genre of movies has a solid fan base, and you can join them if you feel like, but it isn’t nice to backlash their choice of movie. A movie is meant to be enjoyed, and if don’t enjoy it, don’t bother, but if you haven’t tried any. Check out these five gay romantic comedy series that has been a huge name in the movie industry.

An American series about four strong women Carrie, Miranda, Samantha, and Charlotte, based in New York and how they struggle with their differences and constantly changing sex lives to stay strong together. The first episode was released on 6th June 1998, and the final episode came out on 22nd February 2004.

An Australian Series about a young adult Josh who is going through many struggles. After he got dumped by his girlfriend, Josh discovers that he is gay, and he moved back to his family home to help care for his mother, who is suicidal, and later stayed with his best friend, Tom. All these challenges continue as Josh strives to figure out his life. The first episode came out on 28th February 2013, and the last one was on 14th December 2016.

An American series with 11 seasons and 246 episodes. The story is about a young gay lawyer Will and the journey he started when he let his best friend, an interior designer Grace, stay in his apartment for a while after her marriage failed. Still, she ends up becoming his permanent roommate. The series has many side story, and it is funny and entertaining. The first episode aired on the 21st of September 1998, and the final episode on 23rd April 2020. Fans of the series wanted more, but no announcement has been made yet. 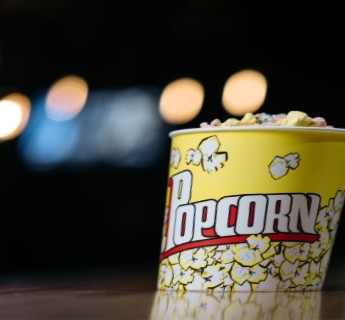 Romantic comedy movies positively affect Aroundmen.com singles and couples as it shows the funny and romantic side even inside a disaster relationship. As an LGBT member, you ought to have seen at least 8 of these greatest LGBT movies by 2021. Some of them were produced in the 90s, but they remain unbeatable. So here are the top ten LGBT romantic comedy movies that you should have seen

This gay romantic comedy film gained a lot of attention when it was released in 2018, and it is one of the first gay romantic comedies. Simon is the closest gay who finds it difficult to come out not because of his family but because of the rest of the world. So he writes anonymously about being gay to another student in charge of the school website, and they fall in love.

Wil is an open lesbian and a successful surgeon, but her steady lifestyle turns chaotic when her pregnant mother Gao moves in to stay with her. At the same time, Wil begins a relationship with a dancer Vivian. Gao is unaware of Wil’s sexual identity, and the rest of her family are funny to watch.

A movie based on a play. Jeffrey is a young gay man that loves and enjoy good sex but gave it up when the AIDS pandemic stormed society. Jeffrey's appeal for sex has dropped, and he worries he might lose someone he cares for to it. But all his effort to abstain were crushed when the man of his dream walks into his life.

The Half of It

Ellie is an outgoing and intelligent student; she is popular in her class for her essay writing services. One day she got a job from her classmate Paul to write him a romantic letter to his crush Aster, but Ellie also has a crush on Aster

The Way He looks

A Portuguese gay romantic comedy about the story of a blind high school student Leo who start developing a bond with a new student Gabriel. The story goes deeper as the bond falls in love with their beliefs, spirits, personalities, etc., not their looks and body.

This film is one of the best transgender romantic comedies. A transgender woman, Ricky find out she is attracted to a woman, Francesca. The story got sour because it brought complications to their love and personal lives.

Imagine Me and You

A romantic comedy movie that starts with Rachel walking down the aisle but was instantly drawn to Luce. Now she struggles with her feelings to continue the wedding, cut it off, and start a relationship with Luce.

Alex Truelove has always wanted to lose his virginity to his girlfriend Claire but can get it to happen. When he meets Elliot, he begins to question his sexual identity. The movie is both funny and romantic, and the credits were filled with real-life coming-out stories.

# TipsGay Travel Buddies and How to Meet Them!
You may also like:

# TourismGay Sex Tourism: Everything You Need to Know

# TourismBest Gay Cities in Europe: What Places Should You Visit?